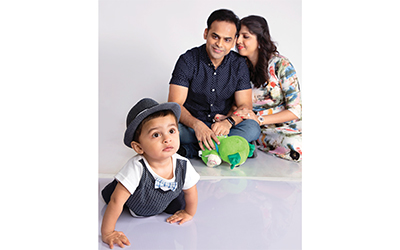 Dolly Bhatter, 31, Founder, Brand N Buzz, a PR firm in Mumbai, talks about the importance of having a supporting family when it comes to being an entrepreneur, and finding  quality time to spend with her son, Amay

Dolly Tilani Bhatter’s tale of love, is one that has people crossing oceans to be with their one true love. For Dolly, it wasn’t only about crossing oceans, but about entering a whole new world when she and her husband decided to marry, not just across continents, but across communities, as well. Dolly grew up in New York and spent 15 years of her life there before moving to India at the age of 24, when she married Vijay, the love of her life. Vijay is the owner of India-Forums.com, one of the most popular Indian television portals and Dolly ventured into Public Relations when she opened her own agency. 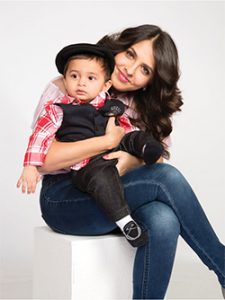 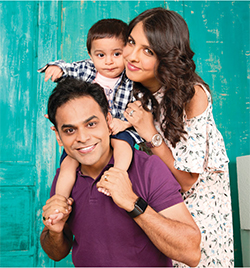 Pregnancy Woes & Wows
Both Dolly and Vijay wanted to spend quality time with each other, travel the world and build their respective careers before they started planning for a baby. Dolly says, “Five years into the marriage, we felt we were now ready to take on the responsibility of another life, and decided to start a family.” But not everything is how you expect it to be. Dolly’s first pregnancy was terminated as the baby was diagnosed with CDH (Chronic Diaphramatic Hernia). Dolly says, “We were advised that it was best to not bring a life into this world, which would suffer and possibly pass away minutes after birth.” Post that, the couple were advised not to plan right away so they waited for some time.

Like with most expecting women, the first trimester is tricky. Dolly was advised to be on complete bed rest. She says, “A workaholic by nature, it was demanding for me to stay in bed all day and just sleep. I was on progesterone medication and injections that made me nauseous and dizzy the entire day, as I could hardly eat.” 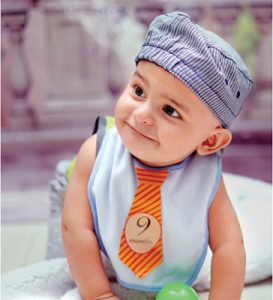 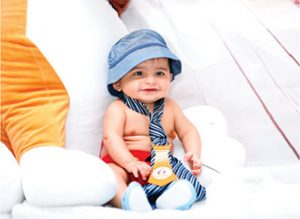 Unforgettable Baby Shower
Post the first trimester, the rest of the months went along without a hiccup. Dolly and Vijay decided that their baby would be born in New Jersey at her parents’ house. They flew to the USA in the sixth month of her pregnancy. They flew in advance so as to incur no risks at all. Dolly says, “I had started prenatal yoga in my 22nd week and continued it through videos till the day I delivered. While I was in the US, my doctor had conducted a class for all expecting mothers which was taught by a certified nurse, explaining the entire delivery and labour process.” Although Dolly did not read any pregnancy books, she kept herself informed by reading about it online. Her curiosity kept her engaged and she kept researching and absorbing whatever was necessary.

Dolly’s baby shower arrangements were on in full swing before she left for the USA. Reminiscing, Dolly says, “I had one of the most memorable baby showers which I will cherish for a lifetime. My best friend and my sister-in-law planned the most perfect baby shower that included my close family and friends. All the decorations were hand made and everything was done with so much love.” Dolly was fortunate enough to not have one but two baby showers. She says, “My office team also threw me a surprise baby shower, which incorporated a dance to welcome the baby, along with some delicious food and games. I was overwhelmed as I hadn’t expected a celebration at work.”

D-Day
Dolly went into labour five days before her due date. Although she did have a rough couple of days in the end. She came down with rashes and was in the emergency room the day before her delivery. Dolly says, “I was expecting that I would have to get labour induced as the baby wasn’t ready to come out. But then on the morning of July 11, 2016, I experienced slight pain. Before I knew it, we headed to the hospital and were informed that I was five centimeters dilated.” Dolly was given an epidural which elongated the delivery process but also provided some relief. She says, “Vijay and my mother were by my side during my labour. While my in laws and my best friend were waiting excitedly in the family area in the hospital.”