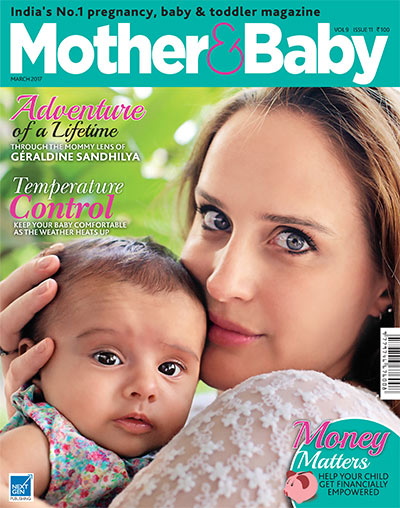 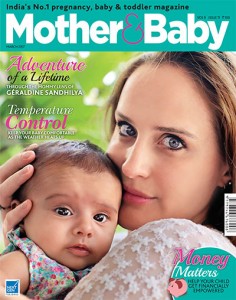 As we usher in a new season filled with the warm and vibrant colours of Spring, I can’t help but feel a certain cheerfulness all around me. But, this got me thinking—time’s flying by way too fast, and I do need to stop and smell the roses. And that pun was most certainly intended!

But what does that mean? For me, it’s about spending quality time with my loved ones. After all, we’re already in the month of March and I can’t help but wonder where the time seems to be going! Speaking of time, I cannot imagine how parents must feel, watching their beautiful babies grow up, a little too quickly, I might add. Which is why, I believe the best thing you can do for your kids is spend as much time with them as possible, even if it is to play a game or teach them a life skill or two. Our DIY on making a spring-inspired board game (Pg 38) and our article that demonstrates the importance of saving money (Pg 68), are rather interesting. So do check them out.

With the climate warming up, change is in order, especially when it comes to helping your bundle of joy adapt to the weather. Our article on getting your baby summer ready (Pg 82), will tell you everything you need to know. Alternatively, if you’re expecting, it also means paying attention to your diet and nutrition. Our Cover Plus gives you some restaurant-quality dishes you can try at home (Pg 44).

Finally, if you’re looking to start a family, but have exhausted your means to have a biological child, adoption is an option. We bring you everything you need to know on this subject (Pg 26).

We hope you enjoy or March special. I’ll see you next month! Cheers! 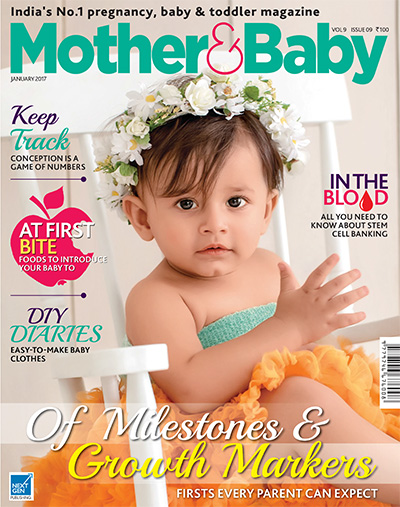 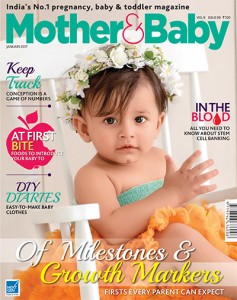 Whew! 2016 went by in a flash! I cannot believe we’re in the new year already. Time indeed does fly, especially when you’re busy making memories and having fun. Speaking of memories, we’re sure you brought in the New Year with a bang, and have dozens of photographs to prove it! And if there’s a baby in the mix, we’re sure your greeting cards have plenty of toothless smiles to go around.

And on that note, I’d like to welcome you to our very first issue of 2017. Firsts certainly have a ring to them—first child, first tooth, first steps, first words—all hold very important places in our hearts. This is exactly why this issue celebrates firsts. From milestone for both, parents and babies, parenting trends that make you the parents you want to become, the important role fathers play in the lives of their kids, to many firsts all parents can expect to experience, our January issue is packed with excitement!

Besides, how you begin the year is quite the indicator for how you can expect it to end. And we at M&B sure hope it’s filled with all the excitement you deserve. After all, parenthood is an adventure of a lifetime, and we hope to see you off to a great start! 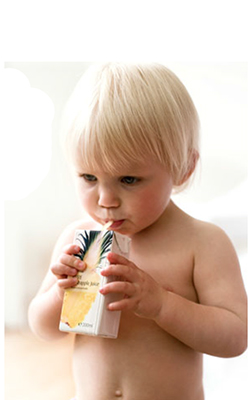 ALLERGY OR INTOLERANCE?
There’s a big difference between allergies and intolerances, says Maureen Jenkins, health advisor for Allergy UK. “Allergic reactions tend to be immediate, whereas intolerances tend to appear more than 12 hours, and up to several days, after eating the culprit food,” she says. 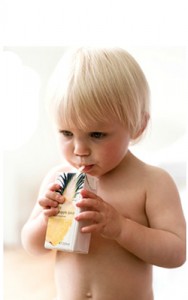 Food allergies are triggered by eating something that your body sees as a foreign substance. Your body attacks the proteins in the food by releasing the allergy antibody (IgE), which causes the reaction. Symptoms include blotchy, itchy hives, itchy or swollen face and mouth, sneezing, blocked or runny nose and eyes and shortness of breath.

Very rarely, a baby may have an anaphylactic reaction. This is the most severe form of allergy, and can be lifethreatening. Your child’s throat may tighten, he may feel faint and look pale or blue and clammy. He may even lose consciousness. If you think he’s having an anaphylactic attack, take him to the emergency ward of a hospital immediately. If anaphylaxis is diagnosed, your child will be injected with Epinephrine (adrenaline).

Food intolerances occur when you’re unable to digest certain foods, usually due to a lack of a particular enzyme in the body. Symptoms include tummy pain and colic, vomiting and diarrhoea and, sometimes, behavioural problems. 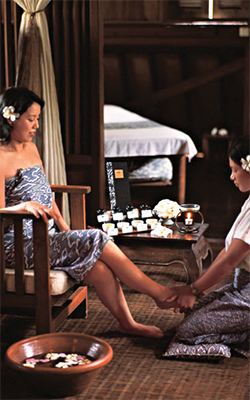 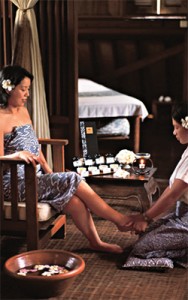 Pregnancy is the perfect time to take advantage of spa treatments, even if you haven’t enjoyed the benefi ts of spas before. During the prenatal period, hormonal, physical and emotional changes can all cause you to feel in need of some tender loving care. And there’s no better place than a spa for soothing sore muscles and bringing out your natural glow. With a few precautions, spa visits can be an important part of your pregnancy routine.

PRENATAL TREATMENTS YOU CAN INDULGE IN
● Massage is ideal for reducing lower back pain, eliminating swelling, and relaxing tired muscles
● Facials are excellent therapies for deep-cleansing of the skin and gently increasing circulation
● Shirodhara
● Champi in sitting position
● Spice poultice (only for legs)

PRECAUTIONS YOU MUST TAKE
● Attention must be given to positioning during the massage. After around 18 weeks of pregnancy, you shouldn’t lie fl at on your back since the heavy uterus may compress a large blood vessel called the vena cava, causing a precipitous drop in blood pressure.
● The best massage tables for use during pregnancy have a cutout for the belly. Alternately, the belly can be propped with pillows or a massage chair can be used .
● Avoid direct pressure over abdomen and thighs.
● Reflexology should be avoided in the first and last trimester.
● Ideally, massages should be done in the lateral lying position.
● In the case of treatments in which you have to lie down for more than one hour in supine position, your knees should be semi-flexed and you should take the support of a pillow. 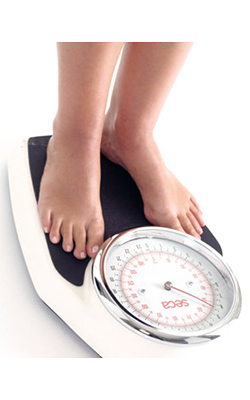 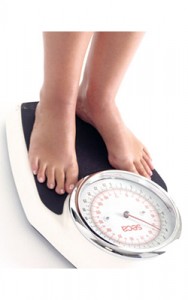 WHAT DOES EXCESSIVE WEIGHT GAIN INDICATE?
Excessive weight gain could indicate any of the following:
● Excessive intake of calories, ie more than 2,500 calories, especially if the diet consists of fried food and sweets.
● Inadequate activity or a sedentary lifestyle. In such cases, antenatal exercises have to be started.
● Rapid fluid retention, especially after the seventh month. The rings on the fingers become tight, feet get swollen and there is a ‘bloated’ look. The blood pressure has to be recorded and urine has to be checked. Further treatment has to be prescribed by the doctor.
● Fluid retention can also indicate poor functioning of the heart or kidneys. Once again, the doctor will take care of those problems. For those women who are known to have a heart or kidney ailment, weight gain has to be supervised very closely.
● Diabetes is a possibility. Those women who are not diabetic may show signs of becoming diabetics in later life by displaying rapid or excessive weight gain. In this case, a blood sugar estimation, fasting and post lunch may have to be done. Weight gain can also be due to poor functioning of the thyroid gland. 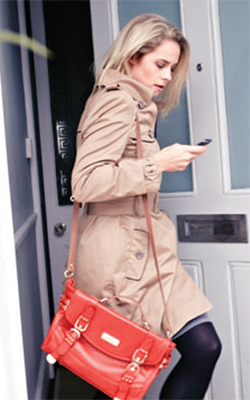 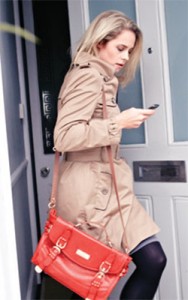 We asked Lina Ashar, Founder of Kangaroo Kids Preschools and Billabong High International Schools, to share her experiences and views on the impact that working mums have on the wellbeing of their kids…

If we are examining the impact of the working mother on children, we must, at the very outset, acknowledge that the need to be together is as much a mother’s as it is the child’s. As I understand, guilt comes not from leaving the child at home, guilt also comes when the working mother chooses to be by the side of her sick child leaving work behind. So, the guilt trip is essentially the working mother’s predicament and commitment. Analysis apart, going to work should not and cannot be equated with neglecting children. Guilt comes mostly when you yourself have seen your mum at home at all times. So, every moment of disparity makes either your mum or you vulnerable in the guilt context. The issue has become so sensitive, that even a benign comment causes guilt, not because someone says so but only because it is there already, as a part of the psyche. On the contrary, if you grew up under the wings of a working mother, your attitude would be drastically different. In fact, recent studies have found that children of working mothers are quite in awe of them and hold them as role models.

With the guilt around the corner, decisions on the needs of the children could become tainted with defensive overtures, which will not augur well for the mother or the child. What the working mother needs to ensure is that the child experiences enough rich interactions that allow language and emotional development to take place and that the television does not take over the job of baby-sitting.

Studies completed by the American Psychological Association (1999) and the University of Texas (2005) attempting to ‘find the impact of working mothers on children’, did not find any developmental problems in children whose mothers worked outside the home. Dr Aletha Huston, the director of the research conducted by University of Texas states, “The mother is an important source of care, but then she doesn’t have to be there 24 hours a day to build a strong relationship with her child.”

Some of the long-standing myths that societies like to perpetuate have been completely negated by these valuable studies undertaken abroad. On the basis of their sample studies, they conclusively declare that infant development is not delayed when a mother works outside the home. In fact, the more important factors that contribute towards the child’s well-being are the mother’s personality and her beliefs; the quality of time, as against the quantity of time, that she spends with her child. Staying home is not the issue; staying with the kid is. It has been found to be true that more working mothers spend time with their children on their days off and they prefer to spend less time on household chores and other activities where the children are not involved. In most cases, it was found that children showed ‘no signifi cant negative impact in social behaviour, cognitive abilities and language development whether mothers stayed at home or worked’. The studies also go on to suggest that, in some cases, where they did see some anomalies; they disappeared in due course of time. When talking about the working mother’s impact on children, we must discuss how working mothers and stay-at-home mothers view discipline differently. Mothers who are fulltime homemakers are more likely to use either a demanding or a lenient parenting style than those who are working, according to psychologist Lois W Hoffman, University of Michigan, co-author of Mothers at Work: Effects On Children’s Well-Being. On the other hand, working mothers are more likely to use an approach that relies on reason, trust and convincing rather than use of the assertive parental power. As compared to their counterparts that prefer to stay home, the working mothers are found to ‘differentiate less between sons and daughters in their discipline style and (also) in their goals for their children’. Hoffman found in a study of 369 families, “Across social class, working mothers are more likely than full-time homemakers to value independence for their daughters.”

Apart from this, psychologists have discovered that working mothers demonstrate more affection—hugs, kisses, and verbal forms of affection —towards their children than those mothers who don’t work out of home. An indirect impact of the working mother is the father’s increased involvement with the family—as a result of which, daughters reportedly do better on achievement tests, have less stereotypical attitudes about the competencies of men versus women, and have a greater sense of personal effectiveness. In all the studies, researchers observed that children of working mothers did better in academics—reading, math, and science. 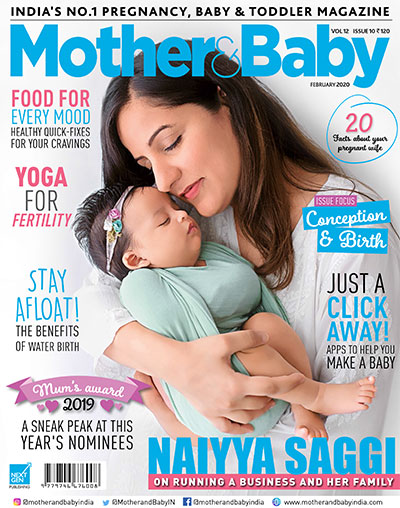 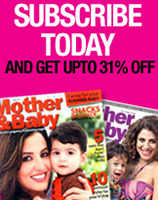