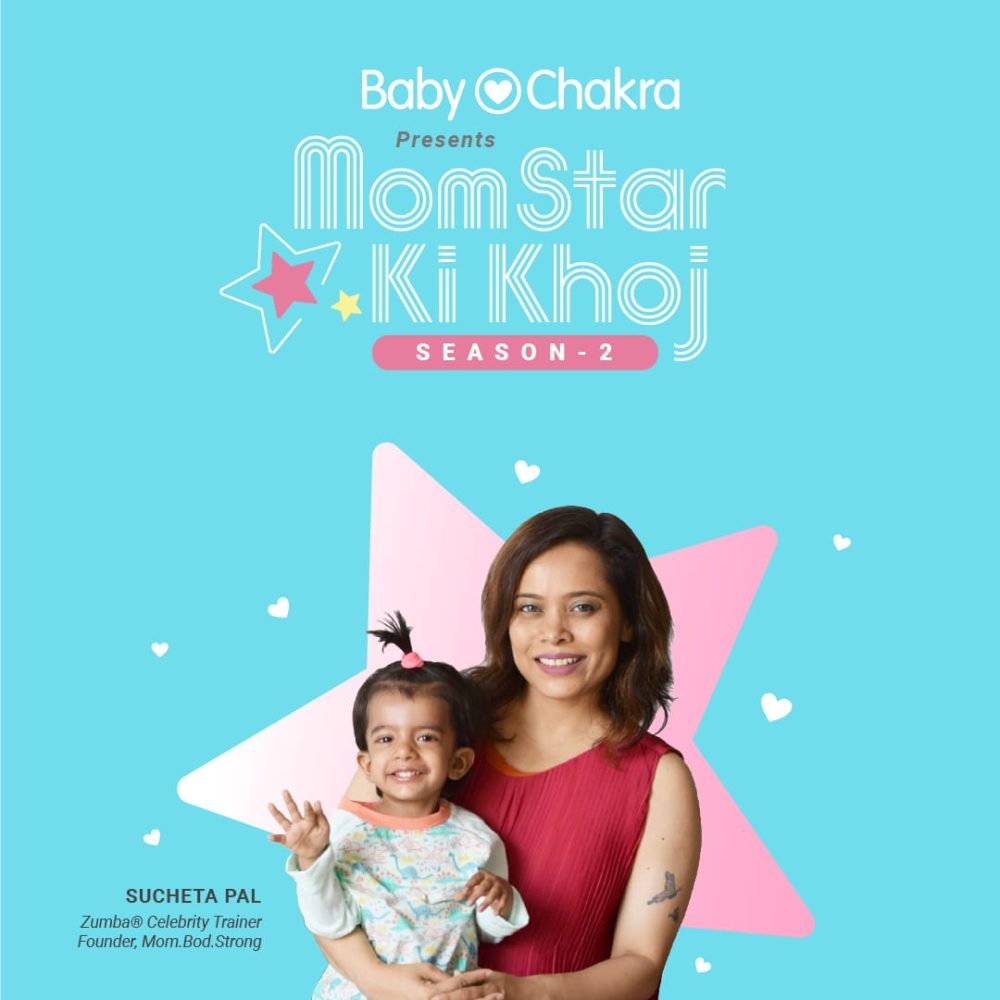 After an overwhelmingly successful season 1, BabyChakra celebrates Mother’s Day with the launch of the second season of India Ki Momstar Ki Khoj Season 2 – a nationwide hunt for the Face of BabyChakra amongst several moms who embody the values of being a BabyChakra MomStar.

A BabyChakra Momstar is a mom who helps, supports and empowers other moms to be their best self. She is someone who exemplies the values and beliefs of BabyChakra brand. MomStar Ki Khoj is all about recognising the face that embodies all of these qualities. As the 2022 ambassador of this contest, BabyChakra has onboarded Sucheta Pal – Zumba Celebrity Trainer and Founder of Mom.Bod.Strong. She is an inspirational and ercely passionate mom who empowers other women to look, feel, and move better through her own post-natal journey. She is also the recipient of the President’s Award – “First Lady” for her work for Women Wellness in India.

The competition is highly engaging as it requires moms across the country to post a picture of themselves & share a small write-up on what makes them a superstar mom. On the competition page, the posts will be eligible for voting. The winners will be chosen on the basis of the vote count. The winning & runner-up MomStars will get the golden opportunity to be a part of BabyChakra’s digital campaigns throughout the year along with exclusive photoshoots, makeovers, and features in partner publications/media sites. There is also a possibility for a Jury-Nomination winner determined by our advisory board of inuencers moms & momstars.

“As India’s most trusted community of moms and doctors, we are excited to celebrate real moms who consistently put themselves out there to help other families in their journeys of pregnancy and parenting. There are so many inspiring women to celebrate and what better day than Mother’s Day to launch this nationwide hunt for the most inspiring moms across India. If you are a mom who wants to share your story with the world, please nominate yourself. If you know of a mom who deserves her moment to shine , please nominate her! ” – Says Naiyya Saggi, Co-Founder, The Good Glamm Group and Founder & CEO, BabyChakra.

In its previous season, the соntest received an overwhelming response from moms throughout the cities it was held in. Likewise, this year BabyChakra will be launching the second season of the contest across these 10 of the most strategic cities in India: Mumbai, Pune, Delhi, Bangalore, Kolkata, Hyderabad, Jaipur, Ahmedabad, Chennai, and Lucknow.

The contest details can be found on https://bit.ly/3wuMwBR