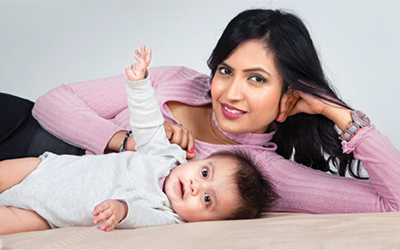 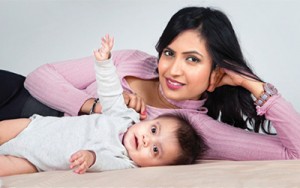 For young mother Subah Bansal, a fashion designer, giving birth to her son Krishai, has turned her into the responsible individual she is today

EVER since 28-year-old Subah married the love of her life, Arpit, five years ago, her life has been a dream. Having married at a young age, Subah and Arpit have spent a great deal of time together, enjoy their married life, and getting to know each other before going the family way. “I believe that it’s important to spend quality time with your partner, because after you start a family, what I’ve noticed is that most couples lose themselves in the midst of raising children. When we married, I was 23 and Arpit was 25. This meant we had plenty of time together to enjoy our marriage before we could plan for a child,” says Subah. 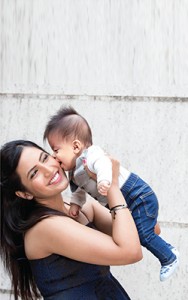 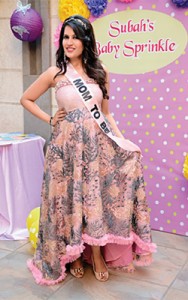 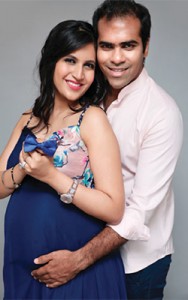 THE BABY BOON
It wasn’t until after being married for five years that Subah felt she was ready to start a family. She was certain that Arpit would make a great father, especially after watching just how well he had cared for her these past few years. “We were too young to have a baby when we first married. We were practically kids ourselves. But as time passed, and we knew exactly what to expect of each other, we both decided it was time. After all, we wanted to be young parents. This way, we’d be able to keep up with our kids as they grew up. I know it can get quite tiresome, so we would need all the energy we could get,” she jokes.

When they both decided they were ready, Subah and Arpit began planning to conceive. “We were honestly surprised when we got pregnant because we didn’t expect to be successful after the first try. We figured we would have a little more time to prepare the house, and do everything necessary before we got pregnant, but we were ecstatic with the news and looked at it as a blessing. Besides, it made us take charge and prepare ourselves,” says Subah.

After the couple got pregnant, Subah saw a whole new side to her husband, something that made her appreciate having him in her life. “Arpit was an angel all throughout. For the entire time I was pregnant, he pampered me and gave me only the best. He took such incredible care of me that even if I had to sneeze, he’d worry that it was something serious. If I was restless in the nights, he’d be up with me, comforting me. When I experienced morning sickness during my fi rst trimester, Arpit was by my side holding me. He even went to such lengths as to instruct his family and hired help to be at my every beck and call. It was adorable. I really couldn’t ask for more,” Subah recalls with a broad smile.

Much like any fi rst-timer, Subah was very particular about what she ate, how active she was, and how she got around the city. “Since this was my first pregnancy, I didn’t really want to travel much. I was a little too precautious in that respect. Fortunately, my design studio is only a few houses away so travel was not so much of a concern, I didn’t want to take any chances with long distances so we skipped the whole babymoon  thing too. However, I did take care of my health and fitness, and joined a few antenatal classes on my doctor’s behest. She assured me it would lead to a smooth delivery.”