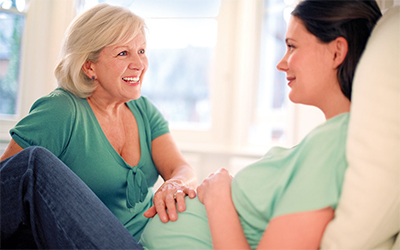 HOW DOES IT EVEN MAKE SENSE?
While most of this belief is seeped in superstition, there could be some amount of truth in it. Though still developing, several studies are exploring the negative effects of an eclipse on the environment and human beings. Irrespective of whether you are pregnant or nor, you should avoid looking at the sun directly during a solar eclipse as the radiation can be harmful to the retina. Besides, during a solar eclipse, the sudden drop in temperature and lack of the sun’s rays may cause microbes, bacteria and harmful germs to multiply. Since a pregnant woman is a lot more vulnerable, she needs to be more careful about any ill-effects on herself and her baby. “We did some research on this,” says Dr Shah. “There has been some scientifi c study which does state that during an eclipse, some changes take place in the way in which the rays of the sun reach the earth, and this could potentially cause harm. So, there is some minimal evidence of it, but it is not yet something which is universally accepted, such as the effects of an X-ray. Everybody knows there is radiation and everybody knows that it can cause harm. But it is a different story that the harm is caused only after a certain amount of radiation. Nonetheless, there are not enough studies to prove this. These are theoretical statements, and we are not too sure,” says Dr Shah. Not made-up

WHAT WAS THAT? A woman who is going to have a baby is not allowed to apply henna on her hands, feet or hair.

REALLY? In ancient India, pregnant women never applied henna on their hands. “Because her unborn child is to be her only shringar (makeup),” says 74-year-old Kishori Shah. In a lot of modern communities too, it is forbidden to apply henna on the hair or even use hair colour or any such beautifying agent when expecting.

HOW DOES IT EVEN MAKE SENSE?
Dr Shah says, in her book, “So long as what you are using is pure and identifi able, there should be no reason for concern.” But then, “some commercially sold pastes have chemicals mixed in them… Harmful chemicals may be added to henna paste to stain the skin a black colour.” It is because of this concern and to protect the pregnant woman and her unborn child from harmful effects of little known chemicals that hair colour and other beautifying agents are avoided. 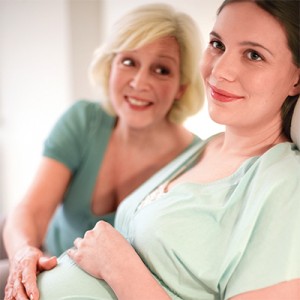 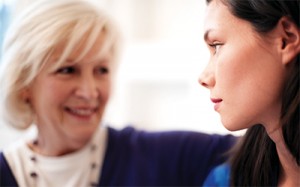 Playing the food
WHAT WAS THAT? You have to be very careful about your diet during pregnancy.

REALLY? Amongst the do’s and don’ts of an expectant mum’s life are several diet restrictions—some sensible, some downright absurd.

HOW DOES IT EVEN MAKE SENSE?
There’s a misconception that if you have too much tea or coffee during pregnancy, the child will be dark complexioned. Now, this is complete nonsense. The child’s complexion is dependent on the genetic pool and what you eat or drink will not affect it. Having said that, however, the consumption of tea and coffee during pregnancy should certainly be kept to the minimum as they both contain caffeine, which is unsafe for consumption during pregnancy. Needless to say, alcohol is a complete no-no. As Duru Shah shrugs, “As doctors, we simply cannot recommend a safe level.” She goes on to state, “We once said that an occasional glass of wine was fi ne, but since that time, we have identifi ed ‘foetal alcohol syndrome’ and ‘foetal alcohol effect’, which is characterised by prenatal and postnatal growth defi ciency, mental retardation, behavioural disturbances and an atypical facial appearance. Congenital heart defects and brain anomalies are common and other major congenital anomalies such as spina bifi da, limb defects and genitourinary defects are seen but less commonly. This syndrome occurs in 30 to 40 per cent of women who are frank alcoholics, but as little as three ounces (30 ml) of absolute alcohol per day during pregnancy can result in foetal alcohol syndrome consequences.”

Almost all mothers prohibit their pregnant daughters from digging into the papaya throughout her pregnancy, for fear of miscarriage. When we question her, Dr Shah’s answer to this is, “All the yellow fruits contain an enzyme called papain, which can dissolve the foetal tissues. But the thing is that it has to be in huge quantities to be able to do that, like say, six papayas.” Or a similar number of mangoes or pineapple. So, if you eat that many at one go, you may be putting your baby at risk. And since no one wants to take a chance, they completely ban it.

Staying put
WHAT WAS THAT? Mother and baby must follow a few weeks of isolation and abstinence.

REALLY? Almost everyone in our country is of the opinion that the first 40 days after delivery are a period of complete rest and forced hibernation for the new mother and her just born.

HOW DOES IT EVEN MAKE SENSE?
Again, this could have a lot of logic. “The 40 day theory is probably from the fact that the uterus take around that much time to shrink back to its normal size and till then, is more susceptible to infection. Hence, that period is important to allow the mother to rest and bond with her baby,” says Dr Shah. Also, she reveals that the new born baby’s immunity does not develop for the fi rst few days of the baby’s life. Abstinence from sex was also another reason for isolation in the olden days. A woman who has just delivered is always at a risk of acquired infection. Because she has lost blood, and she is exposed to infection, she needs to avoid having sex immediately. “Women do pick up infections in the first 40 days because the bed where the placenta is attached, is smoothened, sinuses are open and if there is any invasion to the vaginal tract, say, in the form of intercourse, or in the form of putting in a tampon or something else, it could potentially cause infection.” Besides, not going out in crowded areas makes sense to avoid picking up air-borne infections. Being away from the rigmarole of daily life allows enough rest post delivery, so that a new mum’s immunity does not get lowered. Of course, it is not necessary to keep a new mum and the baby in a closed room. “Today, with antibiotics, blood transfusions and hospital deliveries, a lot of the risk has greatly reduced,” says Dr Shah.

Rub a dub
WHAT WAS THAT? After delivery massage is a must for mum and baby. REALLY? Once a baby is born (in fact, even before he arrives), every Indian mother is looking for a maalish wali. Now, there are even special maalish walis imported from Kolkata, called Japa walis, to do this job.

HOW DOES IT EVEN MAKE SENSE?
Though a controversial issue with doctors, a massage is supposed to help in more ways than one. “During pregnancy, your blood gets thicker. And then, when you are breastfeeding, you are losing a lot of liquids in your milk. So unless you are well hydrated, there’s always a chance of developing a clot, which can lodge anywhere— even in the brain or heart—and can even cause mortality. In those days when women were not even stepping out, massage was a way of helping their blood circulation. Where babies were concerned also, they were given a massage and tied tightly to enable them to sleep better,” says Dr Shah. A good massage is appreciated by many for its relaxing and therapeutic qualities, but if you feel that if it will help you lose weight that may not be entirely true. As for the baby, some experts believe that when you give your baby a massage, you’re actually stimulating her central nervous system, setting off a chain reaction: it makes her brain produce more serotonin, a feel-good chemical, and less cortisol, a hormone that’s secreted in response to stress. As a result, your baby’s heart rate and breathing slow down, and she becomes more relaxed. Giving your infant regular massages is good for his emotional well-being too. The affectionate touch and rhythmic movement are among the most powerful forms of communication between babies and their parents. “It’s best that a parent or grandparent does the massage, and gives the baby touch therapy. Everyone loves a massage, and so will the baby. Besides, it will help create a bond,” says Dr Shah. ■

In a bizarre experiment, foetuses threw their arms arond when their mothers watched a feel-good clip from The Sound of Music, but became subdued during a sad scene from The Champ

All the yellow fruits contain an enzyme called papain, which can dissolve the foetal tissues. But the thing is that it has to be in huge quantities to be able to do that

Preliminary studies published in Developmental and Behavioral Pediatrics, suggests that stress and anxiety can cause subtle changes in an unborn child’s development.