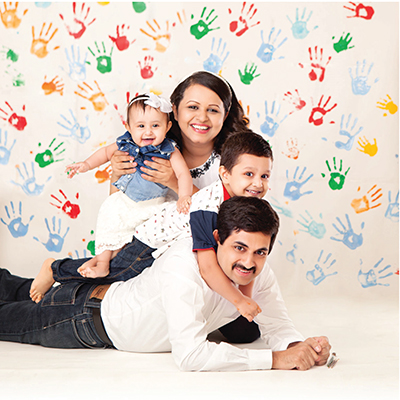 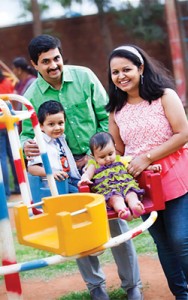 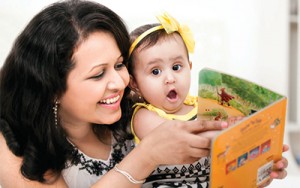 MAKE WAY FOR BABY NUMBER TWO
When Shaunak was almost two, Shashank was sent back to the US for a seven-month-long project. “Since he didn’t want me raising our son alone, I accompanied him. We had always wanted two children and we didn’t let our travel spoil our plans. Besides, we didn’t want too much of an age gap between our kids so we began planning for our second child as soon as we landed in the US.”

After settling down, the couple began trying for another baby. Soon after, they were expecting again and the couple were overjoyed. “For my second pregnancy, I was a stay-at-home mom. Being abraod, I had no help whatsoever, which meant I had to take care of the baby and the household chores. I did look at it positively as this did keep me active. I worked hard to lose the baby weight and I intended to have a healthy pregnancy weight the second time around,” says Shreya. Since Shashank was in America for work, this meant they travelled a great deal. From New York, Seattle, Buffalo, Washington, Miami and many more cities, the couple were always on the move. “I did take all the necessary precautions, and drank plenty of water and made sure I work functional and comfortable clothes. I even ensured I walked and moved my body at regular intervals.”

During her second pregnancy, Shashank was a lot more involved. From pushing her to exercise, accompanying her to all her doctor’s visits, and even taking Shaunak out on a father-son bonding trip so Shreya could enjoy a few hours of rest and relaxation, Shashank was a supportive husband right through. “Shashank kept a note of my diet routine and supplement intake. He made sure I was comfortable at all times. Even though he’s an excellent driver, when I became pregnant, he became even more careful.”

For Shreya, her second pregnancy was nothing like her first. “I experienced a lot of morning sickness and nausea. The smell of boiling milk made me angry. My son loved eating steamed caulifl ower and broccoli with rice, which I always cooked it for him very lovingly. But as the third month approached, these smells made me feel sick. Shashank couldn’t see me in pain because of the smells so he suggested that I go out of the house and he would finish cooking veggies during that time. So every evening after he came back from office, I went out for a walk in the park and he would prepare Shaunak’s meal. This went on till the end of my second trimester.”

The family returned to India in the seventh month of their pregnancy, and Shreya rushed to Goa because she missed home too much. This time around, though, Shreya went into labour in the 38th week of pregnancy, and like her first delivery, was admitted in the night, and gave birth to her baby girl, Shravani, at 2.31 a.m. on the morning of January 21, 2016. While for her first delivery, Shashank wasn’t allowed in the labour room, the second time around, he held her hand as she brought their daughter into this world. “By the end of my delivery, which lasted a quick five minutes, I was exhausted but happy that I had made it through everything with no stitches, no tears and no drugs,” she says with pride. 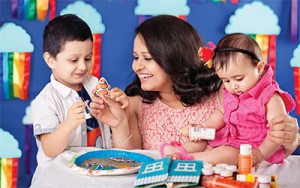 US TWO & OUR TWO
After Sharvani was born, Shreya and Shashank returned home to try and be a normal family again. However, life had other things in store for them and the couple met with a few bumps along the way. “Shaunak began to act up because he was no longer the center of my attention, and he saw me spending most of my time with Sharvani. He treated his baby sister like an outsider and refused to cooperate,” she recalls. However, as time passed by, Shaunak took to his role of ‘Big Brother’ with great pride. “Now, he plays with her, tells her things like ‘don’t cry, mommy is coming’. When he thinks I’m not looking, he tells his friends that he has a pretty sister. Lately, he’s also begun demanding for family hugs! He even says the cutest things like ‘We four are a family’,” exclaims Shreya, basking in the glow of motherhood. “Shashank and I are completely blessed to have the family we do. Like all parents, we too have big dreams for our two wonderful kids, and hope to give them the opportunities to be great. We want them to be humanitarians first; to be sensible towards society, the environment and towards their friends and family. We want them to enjoy learning, value knowledge and stay curious,” she says.

After Shreya became a mother, she wanted to give her children all the love, care and time she could. This meant quitting her job. “I wanted to watch my babies grow up, and be there for all their special moments. With Sharvani, things were a little easier because I knew my way around. However, with Shaunak, I did dedicate my time for the first six months to be at his every beck and call, but I simultaneously did paintings, crafted a few home decor products, which won competitions. By the time Shaunak was eight months old, I felt like my life was missing something. That I needed a purpose. I didn’t want to go back to work full time and miss Shaunak’s growing and learning years. That’s when Shashank encouraged me to go out on my own and start a small business. I had never thought I would turn an entrepreneur in life, but as the saying goes, never say never! That’s when I started my own design firm— Shreya Design Studio, and haven’t looked back since.” she says with pride.

LIFE LESSONS
“My life has completely changed in every sense. Thanks to my kids, I have learnt the importance of living in the moment. I thank them every day for making me the woman I am today. They are my motivation to work harder and accomplish my goals,” she says.

While life does certainly present many challenges, when you have a loving and supportive partner, there’s nothing you can’t accomplish. “Parenthood is not always sunshine and lollipops. There is stress, tiredness, frustration, fear and anxiety too. There’s not a moment I would trade. I truly believe this is what I was always meant to be and I’m ready to embrace it with all my heart.”