Fact is that it is this process that will lead to conception in the first place. M&B tells you more

WHAT IS OVULATION?
Ovulation is de? ned as the release of the egg from the mature ovarian follicle – the time of the month when you are most fertile. If you are trying to conceive a baby, then knowing when you ovulate is very important as you can time lovemaking during this short ‘fertile window’.

“Ovulation is the ? nal step in the growth of an egg that a woman goes through during her reproductive years. Normally, the ovaries contain a lot of immature eggs and in the beginning of her menstruation, one of these eggs starts growing under the in? uence of various hormones. The egg grows in a ? uid containing bag called as follicle. Ideally, this egg matures in 12 to 14 days and it is then that the follicle ruptures, releasing the ? uid and the egg around the 14th day from the ovaries and which than enters the fallopian tubes. In short, ovulation means the release of mature egg from the follicle in the ovary. This egg is now ready for fertilisation,” explains Dr Hrishikesh Pai, gynaecologist and infertility expert, Lilavati Hospital, Mumbai, and Fortis La Femme, New Delhi.

WHEN AND FOR HOW LONG DOES ONE OVULATE?
After the egg is released, it moves into the fallopian tube. It stay there for about 24 hours, waiting for a single sperm to fertilise it. All this happens, on average, about two weeks after your last period. According to Dr Pai, “In a regular menstrual cycle of 28 days, ovulation generally occurs around the  14th day of the cycle. However, it may vary in different individuals and also varies in different cycles. The process starts once puberty is achieved and lasts till menopause. But in either extremes, it is sporadic and often irregular.”

The timing of ovulation depends on the due date of the next period, rather than the previous one. In the average menstrual cycle which lasts 28 days, ovulation occurs on day 14. However, many healthy, fertile women have shorter or longer menstrual cycles. If your cycle regularly lasts 31 days, for instance, you should ovulate on day 17. So if you have intercourse between days 14 and 17, you have a good chance of becoming pregnant. Similarly, if you menstruate every 26 days, ovulation will be on day 12.

WHY IS IT IMPORTANT FOR CONCEPTION?
Conception is the word used to describe the process of falling pregnant. During intercourse, a man’s sperm will be released at the point of ejaculation. Fertilisation of a woman’s egg may occur if the sperm reaches the egg. When a man ejaculates the sperm travels from the testes to the penis, allowing for it to be released into the vagina. Around 60 to 500 million sperm can be released at one time, however only approximately 200 will arrive at the destination – the egg. Impregnation of an egg can occur up to 24 hours after it has released from the male follicle. In the event the egg does become impregnated, the tail of the sperm will fall away and the head will enlarge.

An impregnated egg will then travel to the uterus and attach to the lining of the uterine – this is called implantation. The woman’s cells will then begin to divide which will allow for the development of any embryo which will result in a baby being produced within nine months, providing the cycle of pregnancy encounters no dif? culties.

As Dr Pai puts it, “The released egg is caught by the fallopian tubes and meets the sperm there, the fertilised egg and sperm are than transported to the uterus. The lining of the uterus simultaneously is ready to receive the fertilised egg and if it successfully attaches to the lining, pregnancy results. The wall of the follicle which is left after ovulation also secretes hormones like progesterone, which is essential for the growth of pregnancy.”The man releases an abundance of sperm – around 250 million at each ejaculation – into the vagina. Each sperm has a long tail to propel it, so it’s well equipped to swim up to the fallopian tube, where fertilisation of the egg takes place. The whole distance, from the vagina through the uterus and up into the fallopian tube can be accomplished in hours. However, the sperm can survive in the vagina and the uterus for three-? ve days, meaning there is a window of around six days in which fertilisation can take place (an egg lives 12-24 hours after ovulation).

WHAT ARE THE SIGNS OF OVULATION?
Dr Pai states the obvious signs of ovulation:Increase in cervical ?uid – When you are ovulating, your body increases the amount of cervical ? uid. Many women notice that towards the middle of their cycle, they are a bit more moist, as the vaginal discharge has increased.

Pain in the sides This is called mittleschmormiddle pain. This is an achy feeling arising from the ovary just prior to or during ovulation. Not every woman notices this pain. But if you do experience it, it is a good clue that you have ovulated.

An Lh surge This one requires testing with ovulation prediction kits (OPK) there are various kits available in the market and you need to dip them in the morning sample of urine around the days of ovulation and once a line appears, it indicates that ovulation is likely in the next 24 to 36 hours. M&B 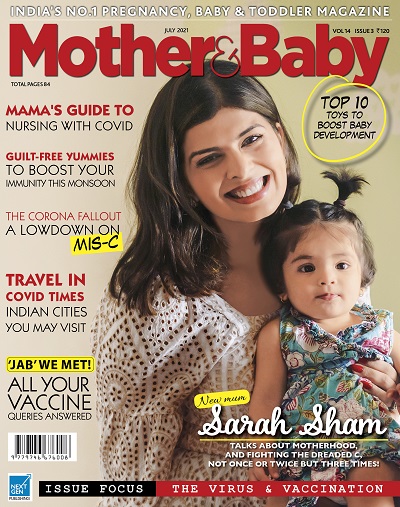 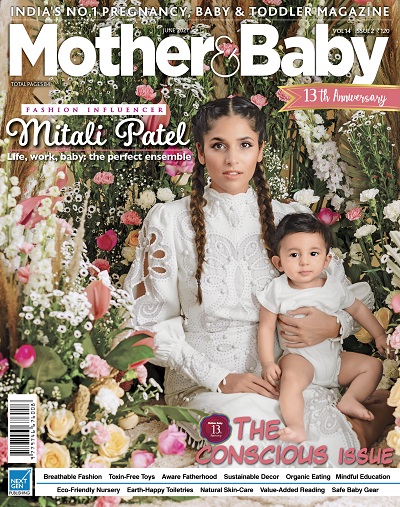 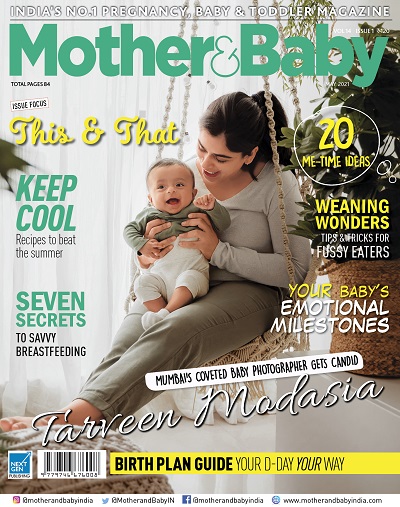