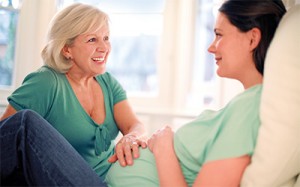 When it comes to pregnancy and child rearing, your mum will bet there’s a whole lot of wisdom in old wives’ tales. In the new year, we bring you a fresh take on traditional wisdom and how it holds its own with new-age parents
BY SWATI CHOPRA VIKAMSEY

AS an educated, progressive and modern woman, you may be too dismissive of all the advice that starts pouring on from well-meaning relatives and elderly acquaintances. But before you brush off all those words of wisdom, it may help to look at them differently.

Shhhh…
WHAT WAS THAT? Don’t tell anyone about your pregnancy until you complete the first trimester.

REALLY? It is believed in many communities that an expectant mum should keep the pregnancy hush hush, limiting the announcement to only close family lest the baby is jinxed.

HOW DOES IT EVEN MAKE SENSE?
Though you may want to completely rubbish this belief, take a moment to dwell on how it can protect the interest of the mum-to-be. This one perhaps makes a lot of sense with high-risk pregnancies. In the old days, people did not know how to fi ght the threat of miscarriage, and if that happened, unnecessary questioning and intrusion additionally traumatised women. And today, even psychologists advise their patients that if there is a probability of a spontaneous miscarriage, it is better to keep their pregnancy secret as long as possible. Obstetrician-gynaecologist Dr Duru Shah, in her book Fetal Attraction mentions that it is for this very reason that North Americans and Indians avoid explicitly acknowledging the baby; some don’t buy baby clothes or have a baby shower until after the baby arrives. Dead against it

WHAT WAS THAT? Expectant mums should stay clear of anything morbid.

REALLY? There is a very strong belief in a lot of Indian and other more conservative communities that pregnant women should not watch or hear anything morbid or gory. Besides, they are often barred from going close to a dead body, even if it’s of a close family member. 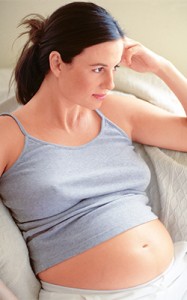 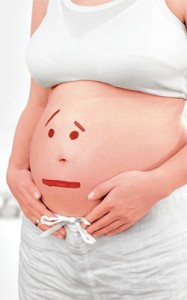 HOW DOES IT EVEN MAKE SENSE?
Scientists have discovered that unborn babies respond to their mother’s mood even while she is watching a movie, becoming quiet and still if the fi lm is sad. In a bizarre experiment, foetuses threw their arms around when their mothers watched a feel-good clip from The Sound of Music, but became subdued during a sad scene from The Champ. Of course, the logic is to avoid any kind of stress or mental trauma. Which is exactly why any sadness or morbidity is to be avoided to ensure that the negativity surrounding the dead and the dying, is evaded. In Dr Shah’s book, Mohawk writer Janet Rogers is quoted as saying, “The baby is too sensitive to be around the energy of a person who is preparing to leave the earth while the baby is preparing to enter.” Another thing, reasons Dr Shah, “When you lose a loved one, you are anyway stressed. When you see a body, it is more visible, more realistic, and sometimes a person may faint, may harm herself or may go into depression.”

Happy does it
WHAT WAS THAT? When you’re expecting, think only happy thoughts, keep yourself calm, and satisfi ed always.

REALLY? Just as much as a pregnant woman is to avoid sadness, everyone stresses on the fact that she should have nice thoughts and stay happy. They’ll strictly advise expectant mums against any sort of negative and depressing thoughts, and if you are pregnant, even your toughest critic will probably wave the white fl ag now. Relatives and friends will go berserk suggesting that you should read stories of valour and good values out loud. Or that listen to soothing and nurturing music at this time.

HOW DOES IT EVEN MAKE SENSE?
Documented medical research has proven that early in the third trimester of pregnancy, your baby can hear and recognise sounds. Your baby can hear you even before he is born. You can nurture the unborn child by talking to him in a soothing voice. Dr Shah opines, “There have been some studies done where they’ve seen the effect of music and sound on the baby, and they’ve found a positive correlation. So, it is felt that there is some amount of understanding or response from the baby.” Preliminary studies published in Developmental and Behavioral Pediatrics, suggests that stress and anxiety can cause subtle changes in an unborn child’s development. Mothers who showed higher signs of stress—such as high blood pressure—more frequently had foetuses with increased heart rates than did non-stressed mothers. Several studies are now exploring the correlation between a to-be mum’s state of mind and the child’s long-term well-being. Researchers are of the opinion that certain hormones triggered by certain emotions are transmitted indirectly to the foetus, and can affect its development in many ways. Mum’s the word

WHAT WAS THAT? A fi rst-time mum should deliver her baby at her mum’s.

REALLY? It is a very common practice in our country to pack off a pregnant woman—especially if she’s expecting for the fi rst time—to her parents’ home.

HOW DOES IT EVEN MAKE SENSE?
There could be very sound sense in doing this, from the practical point of view. “I think it’s a good concept,” says Dr Shah explaining that in our country, back in the year, a woman who just got married, quickly got pregnant because there was not too much talk about contraception. “She was in a new house, where the mother-in-law expected her to do everything. The poor woman would be nauseated, vomiting, but she had to cook. And then when she got bigger, nutrition was still not the best, because she was eating last. So, in the last three months, she was packed off to her mother’s house when the motherin- law found that she was incapable of doing much work,” explains the Dr Shah. With many families and several young couples living on their own today, this may not be as necessary today. However, many Indian families still follow the joint family system, a woman has loads of responsibility to shoulder as a daughter-in-law. Even when in-laws and household duties are not a concern, the urban lifestyle of young couples living in nuclear families, barely leaves them with enough time or wisdom to take requisite care. In such situations, all the care and pampering that she needs during this phase eludes her. Hence, it is best that she is in a place where she can sit back without worrying if the morning tea is ready or if the maid has cleaned the kitchen well enough! Besides, once the baby arrives, the new mother is physically and emotionally in no state to go back to her regular responsibilities. Being amidst family and a support system will give her some time off the baby and to herself, to heal and to relax. Sunny side up

WHAT WAS THAT? An eclipse is a time that expectant mums need to stay put at home.

REALLY? Many Indian and Hispanic communities consider an eclipse to be a bad omen. To-be mums are told to be extra careful during an eclipse, and are barred from stepping out of the house, and indulging in certain activities.